(This is an attempt to reformulate this question more concisely.)

You are a Jedi master who wants to prepare a training program (online-algorithm) for his apprentice, "Luke". Luke needs to practice several (10-20) abilities. You can train Luke by preparing challenges, each connected to one ability.

The outcome of each challenge is binary: Luke succeeds (1) or Luke fails (0). If Luke fails a challenge in an ability, you give him a lecture that you can assume will improve his chance of succeeding in next challenge in this ability.

You have a limited number (~50) of challenges to use before Luke has to take a test. However, if Luke fails at some challenge during practice you receive extra challenges. The goal of your training program is to maximize the outcome of the test. The test is a set of (about 20-25) challenges uniformly distributed between abilities. 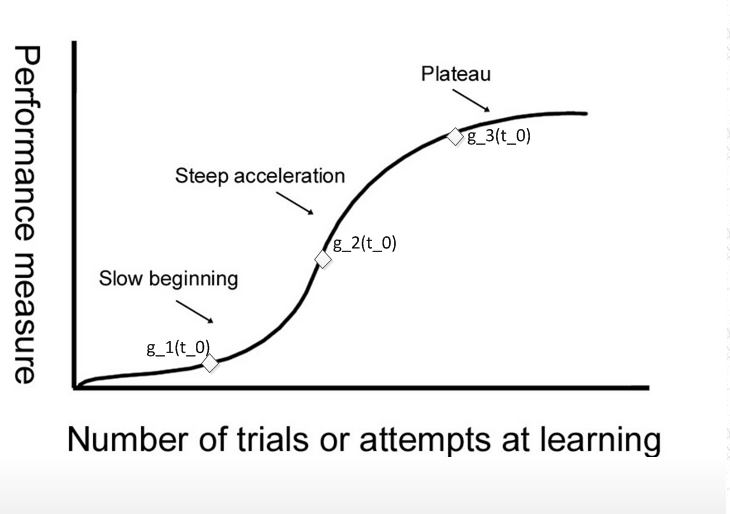 My ideas of approaching this problem

We can try to model this problem in at least two ways:

What would you recommend as the best references for this problem, or closely related problems? I'm interested primarily in approaches which are not just theoretically feasible, but which would be effective in practise.

Can you suggest a policy that would be effective with these constraints? I am especially interested in good ways to update the belief vector.

10
What are good references on understanding online learning?
19
The Warren Buffett Problem
1
Inferring optimal utility values from a decision process
23
To what extent is “advanced mathematics” needed/useful in A.I. research?
11
Handbook of advanced algorithms