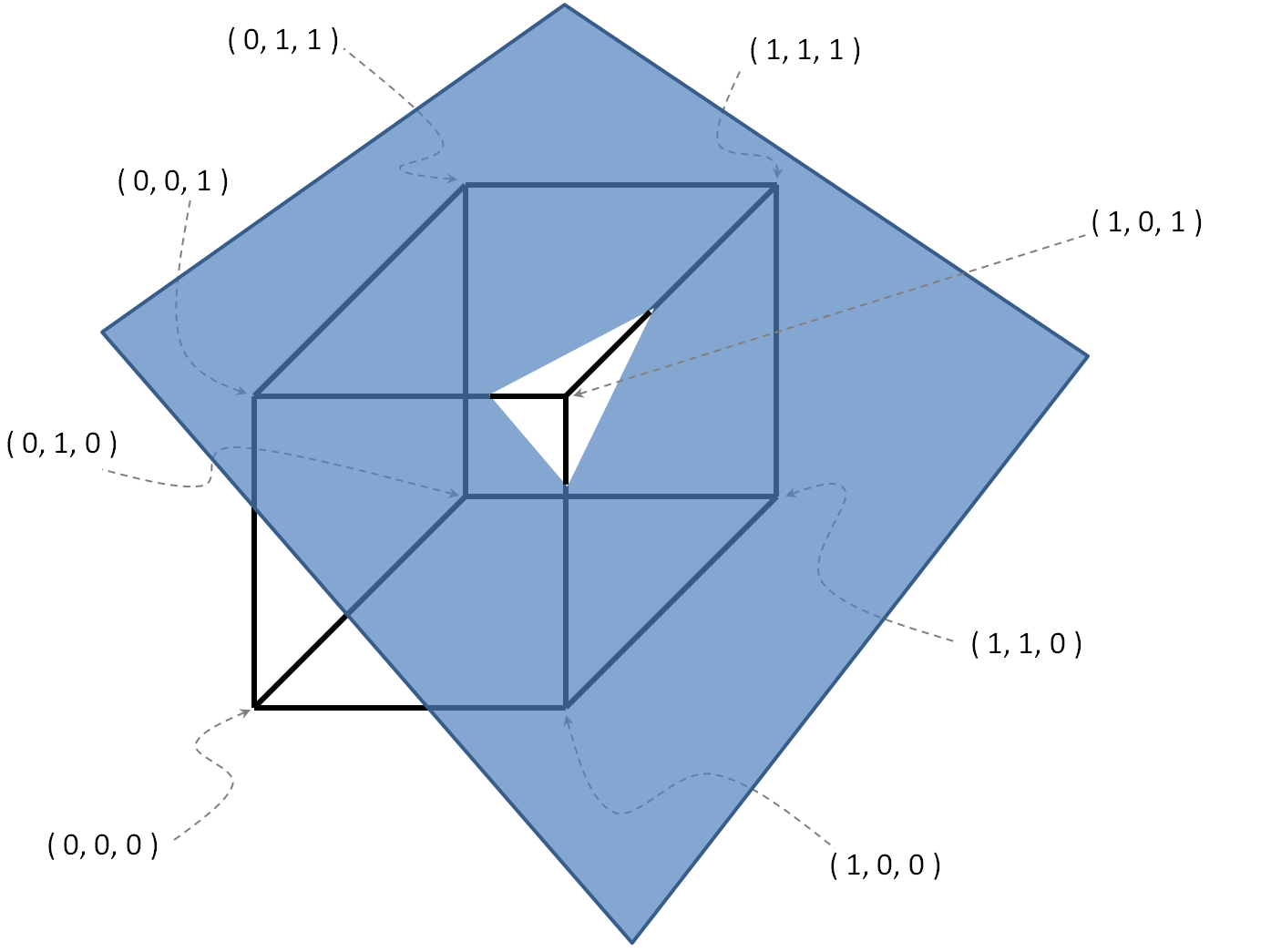 The motivation is that using $O$ it should be possible to determine the optimal constraint $c^*$, as it should be the hyperplane defined by the $n$ points in $O$.

The optimal constraint $c^*$ is the one that leads to the optimal polytope $P^*$. 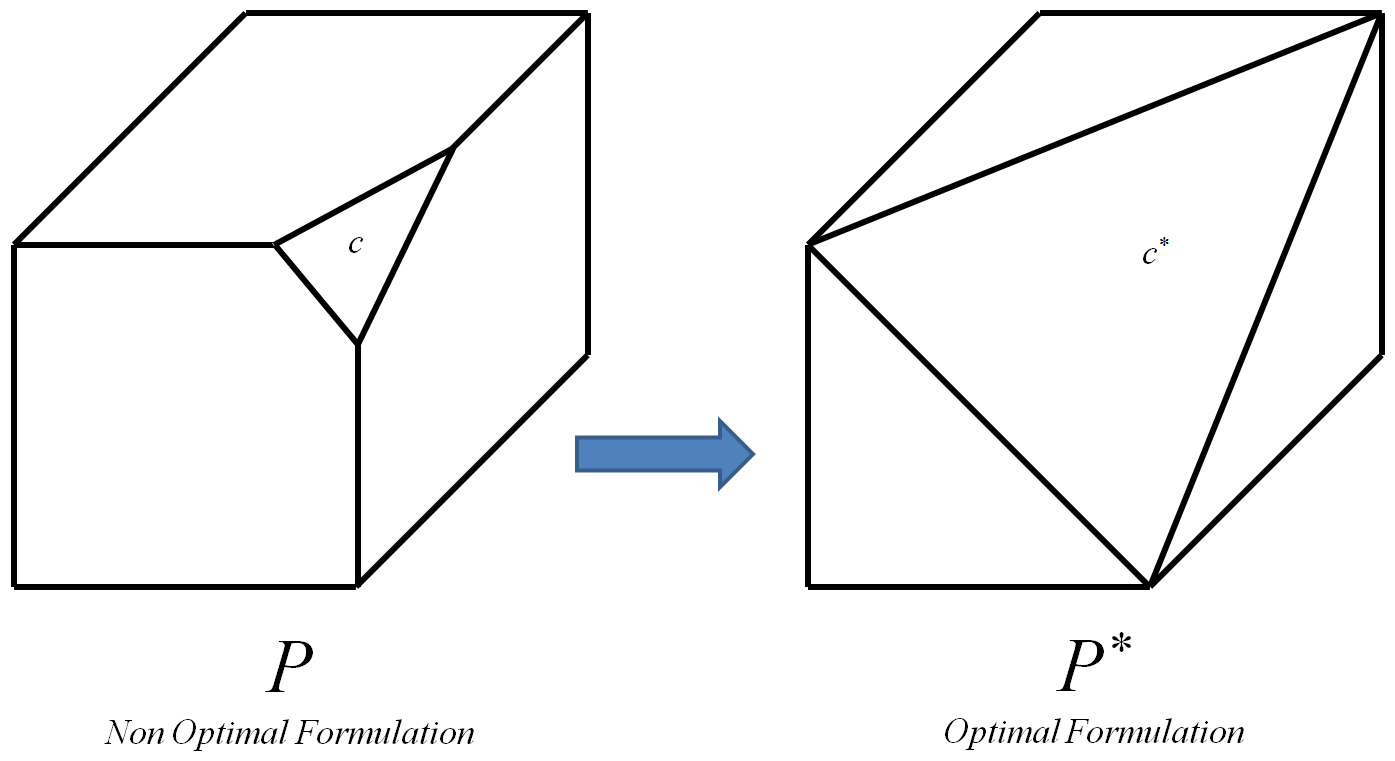 The process can be iterated for each constraint $c$ of a 0-1 $LP$ instance $I$, each time substituting $c$ with its corresponding optimal constraint $c^*$. At the end, this will lead to the optimal polytope $P^*$ of $I$. Then, since the vertices of $P^*$ are all and only the integer vertices of the initial polytope $P$ of $I$, any algorithm for $LP$ can be used to compute the optimal integer solution. I know that being able to compute $P^*$ efficiently would imply $P = NP$, however the following additional question still stands:

Is there any previous work along these lines? Did anyone already investigated the task of computing, given a polytope $P$, its corresponding optimal polytope $P^*$? Which is the best known algorithm to do that?

This seems to be NP-hard to do exactly, by reduction from subset sum. Suppose we had an efficient procedure to compute $O$. Given positive integers $v_1,\dots,v_n$ encoded in binary, we wish to test whether there is a subset summing to $s$. Preprocess by throwing out any integers larger than $s$.

It seems to me you are trying to get to the convex hull of the IP - in essence this is what cut algorithms try to achieve. Although thereotically appealing these methods fare poorly in practice.

There is all theory on the generation of valid inequalities. A good starting point would be shrijver's book theory of integer programming.

Not the answer you're looking for? Browse other questions tagged reference-request co.combinatorics optimization linear-programming convex-optimization or ask your own question.

19
What algorithms are known for computing Craig interpolants?
4
Hamiltonian Cycle as an integer linear programming problem
6
Brute force search algorithm for semidefinite programming (representation of spectrahedron)
3
Minimal number of hyperplanes needed to separate sets of points from one other set