While formalizing the gadgets for the proposed reduction of the question Efficient algorithm for existence of permutation with differences sequence? the following problems came to my mind:

makes the frog visit every empty cell of the board exactly once? (every jump must be within the boundaries of the board, at every jump the target cell must be empty, after the jump the cell becomes filled) 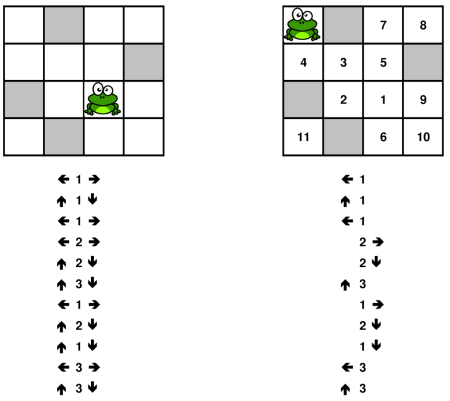 Figure 1. An instance of the CFP on the left and its solution on the right.

Are these problems already known and what is their complexity?

I tried to write a formal proof of the NP-completeness of Problem 1 (Crazy Frog Problem, CFP).

The reduction is from Hamiltonian path on grid graphs (a grid graph is a node-induced finite subgraph of the infinite grid: if two nodes are adjacent (distance 1 in the grid) then there is an edge between them; a grid graph can have holes, i.e. some nodes may be missing; see "Hamilton Paths in Grid Graphs" by Alon Itai, Christos H. Papadimitriou, Jayme L. Szwarcfiter). Given a grid graph $G$ that fits in a $w \times w$ square, with nodes $u_i$ at coordinates $(x_{u_i},y_{u_i})$ and source, target nodes $s,t$; build a filled board of size $4n\times4n$ with all blocked cells except cells $(4x_{u_i},4y_{u_i})$ and target cell $(4x_t+1,4y_t)$. The initial frog position is $(4x_s,4y_s)$. This part of the board is called graph area. The first "logical" sequence of moves is the following sequence repeated $|V| - 1$ times:

This forces the frog to make $n-1$ steps on the empty cells corresponding to the nodes of the original graph.

The sequence is followed by one horizontal step $(1,0)$ (that forces the last cell to be the one associated with the target node $t$) and a forced step that leads to a cleanup gadget. The sequence of jumps of the cleanup gadget allows it to visit all unvisited cells of the edge gadgets and completely fill the board.

This is a simple graphical outline of the gadgets used in the reduction: 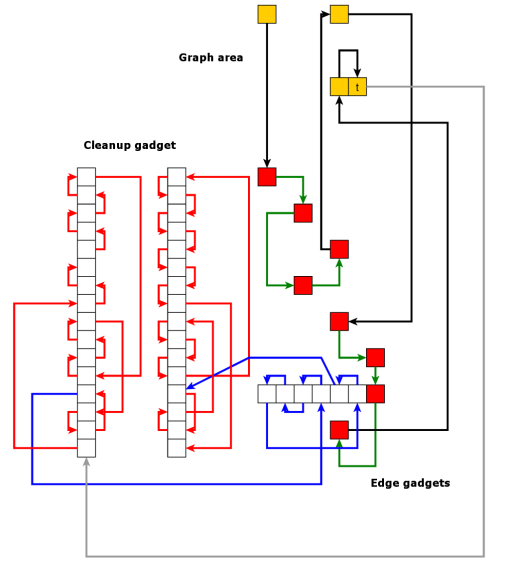 The details can be found in the draft paper "The Crazy Frog Problem and Permutation Reconstruction from Differences" that can be download here.

The reduction is complex so perhaps it is wrong (or can be simplified), but I think that the results (if new?) are interesting ...

Not the answer you're looking for? Browse other questions tagged cc.complexity-theory hamiltonian-paths or ask your own question.

12
Efficient algorithm for existence of permutation with differences sequence?