Is This Scheduling Problem NP-Hard?

The scheduling problem (arising from distributed computing) is defined as a decision problem as follows:

A trace is comprised of $n$ processes histories (denoted $p_0, p_1, \ldots, p_{n-1}$), each of which consisting of a finite sequence of Read and Write operations on multiple shared variables in program order.

An important restriction here is that all the Read operations are on the process $p_0$.

Is there some schedule (i.e., a sequence) of all the operations such that:

This is a possible reduction from 3-partition which is strongly NP-complete. 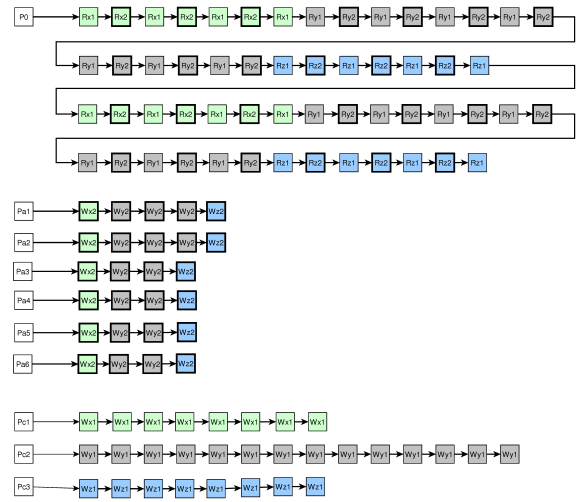 Not the answer you're looking for? Browse other questions tagged cc.complexity-theory np-hardness dc.distributed-comp scheduling or ask your own question.

4
Can two strings be matched as disjoint subsequences of a string?

27
Is it possible to find if a sequence exists in polynomial time in the following problem?
3
Is this multiprocessor scheduling problem with overlaps NP-Hard?
7
$NP$-hardness of scheduling problem
1
How to Define and Implement (Single-Writer) K-Atomic Snapshot Object?
1
Should the Schedule of ``High-level Operations'' Respect the Linearizability of ``Low-level Operations'' in Proof of Simulation Algorithm?