Assume following about the graph G(V,E):

Let's define the height of the DAG to be the maximum path length from some source to some sink.

The subgraphs have following requirements:

In the following picture, you can see an example of a right partition (assume that each edge in the graph is directed upwards). 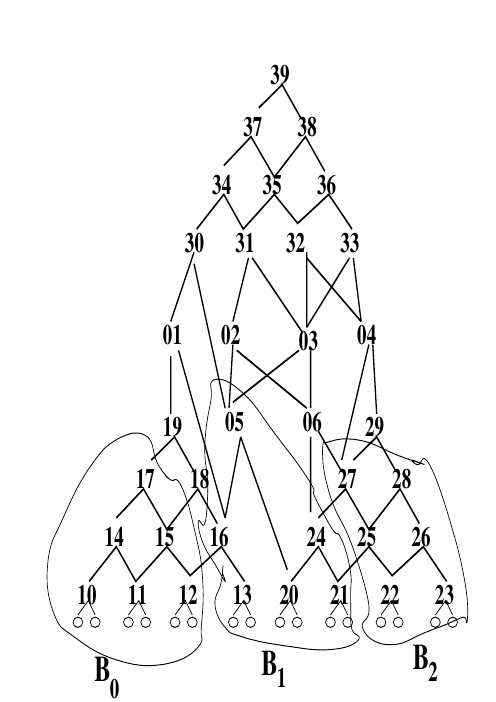 Do you have idea for algorithm?

Thank you very much

2
Ant colony optimization for traveling salesman problem with changing graph-nodes/vertices
2
Can any Steiner Tree Problem be converted to Node-Weighted Steiner Tree Problem?
8
Partitioning graphs while minimizing inter-partition edges
14
How expensive may it be to destroy all long s-t paths in a DAG?
3
Finding a “lowest” path in a graph