This problem came out of my recent blog post, suppose you are given a TSP tour, is it co-NP-complete to determine if it is a minimal one?

Instance: Given a complete graph G with edges weighted with positive integers and a simple cycle C that visits all the nodes of G.

A sketch of a possible reduction to prove that it is NP-complete.

I'll think more about it, and I'll write a formal proof (if it doesn't turn out to be wrong :-). Let me know if you need further details about one or more of the above passages. 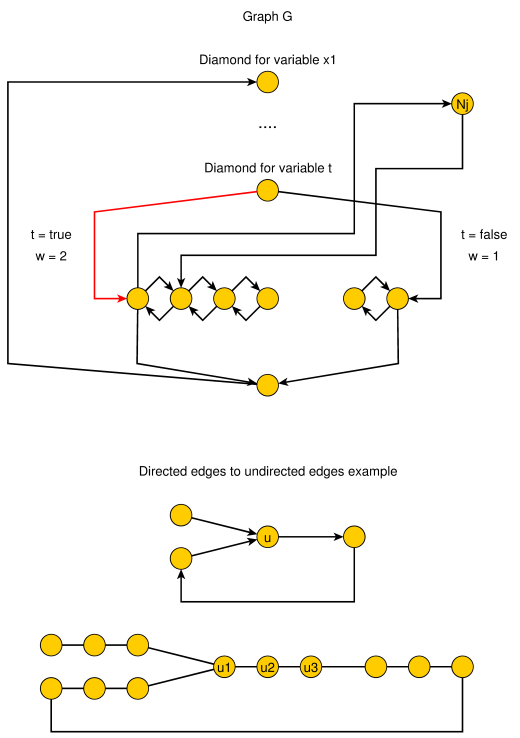 As noted by domotorp an interesting consequence is that the following problem is NP-complete: Given a graph $G$ and an Hamiltonian path in it, does $G$ have an Hamiltonian cycle?

Papadimitriou & Steiglitz (1977) have shown NP-completeness of this problem.

Not the answer you're looking for? Browse other questions tagged np-hardness or ask your own question.

25
An edge partitioning problem on cubic graphs
13
Classes of graphs with easy Hamiltonian cycle but NP-hard TSP
8
Is that particular case of the “minimum weight solution to linear equations” still NP-complete?
7
$NP$-hardness of scheduling problem
22
Problems that are easy on unweighted graphs, but hard for weighted graphs
13
Lexicographically minimal topological sort of a labeled DAG
4
Graph coloring/partitioning problem