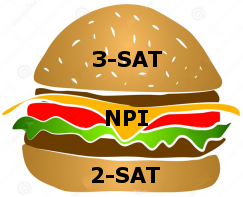 137
Problems Between P and NPC
62
Overarching reasons why problems are in P or BPP
37
Techniques for showing that problem is in hardness "limbo"
4
Is there a reason we haven't been able to prove that the existence of natural NPI problems even conditionally under assumption NPI is not empty?