Can the optimal minimum cost two-commodities flow be fractional on this special case?

All edges has capacities 1 and cost 1.

In the general case, multi-commodity flow can have fractional optimum flow even if the capacities/costs are integers, but I was wondering if there's an example for it which doesn't use negative weights and only 2 commodities, so my question is: Is there be a network with my specifications that doesn't have an optimal integer solution?

The following example (taken from Idan Maor's presentation) shows that that 3-MCF can have only a fractional optimal flow: 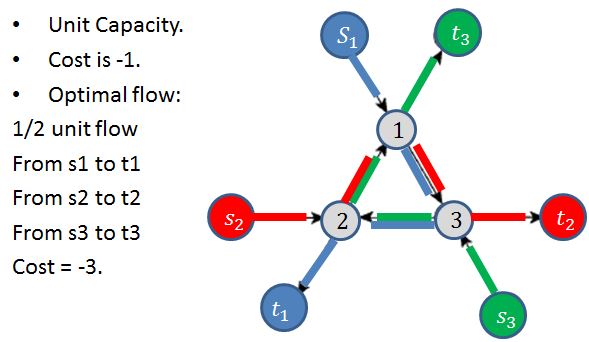 I have two motivations here: if such network exists, it can be used to show a very simple example for which using LP for solving this problem can't work, and if there isn't such network, this might allow us to develop an efficient method for finding disjoint paths in a graph (if we can find the optimal solution in poly time).

Edit: as Suresh have mentioned, 2-commodity flow is NP-hard in the general case, so I'm only looking at the unit capacities/costs case, which I couldn't find a mentioning for it as being NP-hard (Intuitively, I believe an integer solution does exist for every such network)

Even, Itai, and Shamir proved that the undirected integral two-commodity flow is NP-hard even if all capacities are one. As far as I understand, the following is an example of what you ask for. It has a fractional solution twice as large as the integer one (All edge capacities are one. The costs don't really matter, as they only come in play to break ties between several optimum flows.): 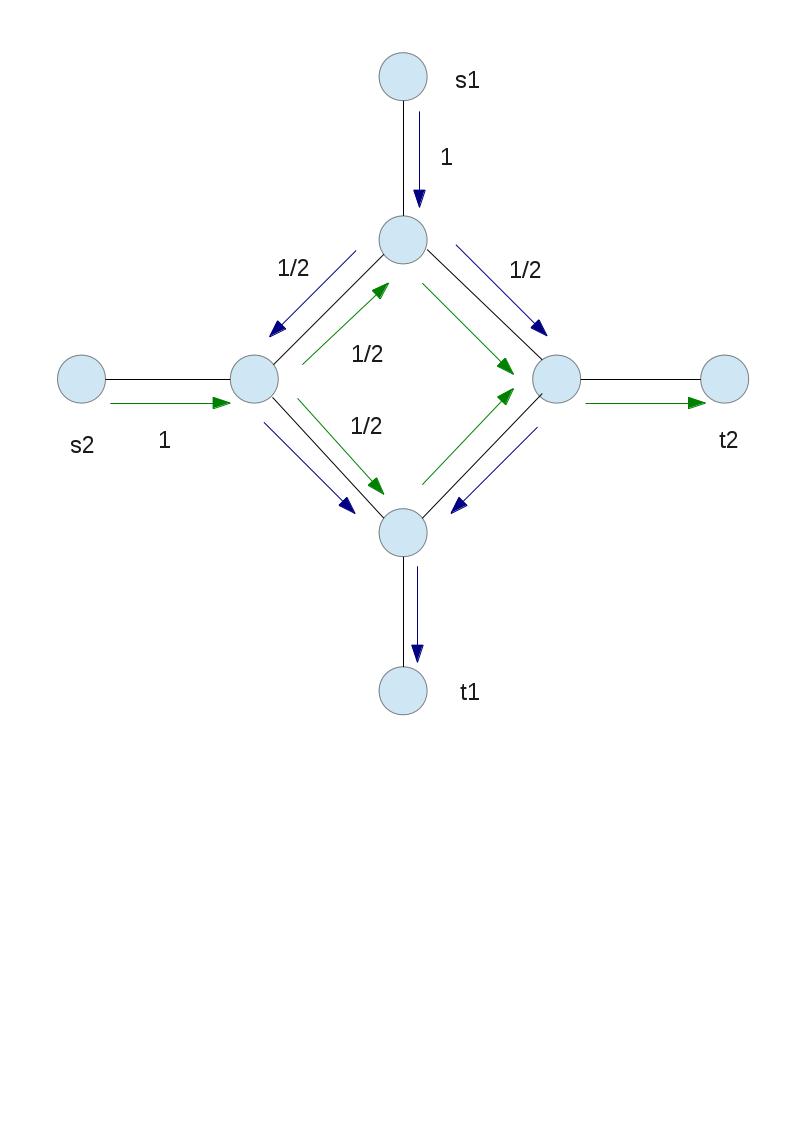 5
Finding the perfomance ratio in a multicommodity-flow
2
How can we derive this lower bound of a special cut in a graph?
0
Fractional but not integer multi-commodity minimum cost flow
3
Anyone recognize this as a special type of multi-commodity flow problem?