Let $C$ be a graph class defined by a finite number of forbidden induced subgraphs, all of which are cyclic (contain at least one cycle).

Are there NP-hard graph problems that can be solved in polynomial time for $C$ other than Clique and Clique cover?

If I remember correctly, this is impossible for independent set (unless $P=NP$).

Search in graphclasses.org didn't find any.

A class for which Clique and Clique cover are polynomial is C5,C6,X164,X165,sunlet4,triangle-free

Negative for IS and Domination is in this paper. Page 2, the graphs $S_{i,j,k}$.

I think there is a number of hard problems that become easy for triangle-free graphs; especially those deal directly with triangles such as Partition Into Triangles (Does G have a partition into triangles?). Other less trivial examples include:

Here are some additional examples to Mon Tag's answer :

EDIT: as noted in the comment, $K_{1,t}$ doesn't contain a cycle (I read the introduction of the paper too quickly).

After thinking a little bit about it, it seems easy to prove the following (original?): 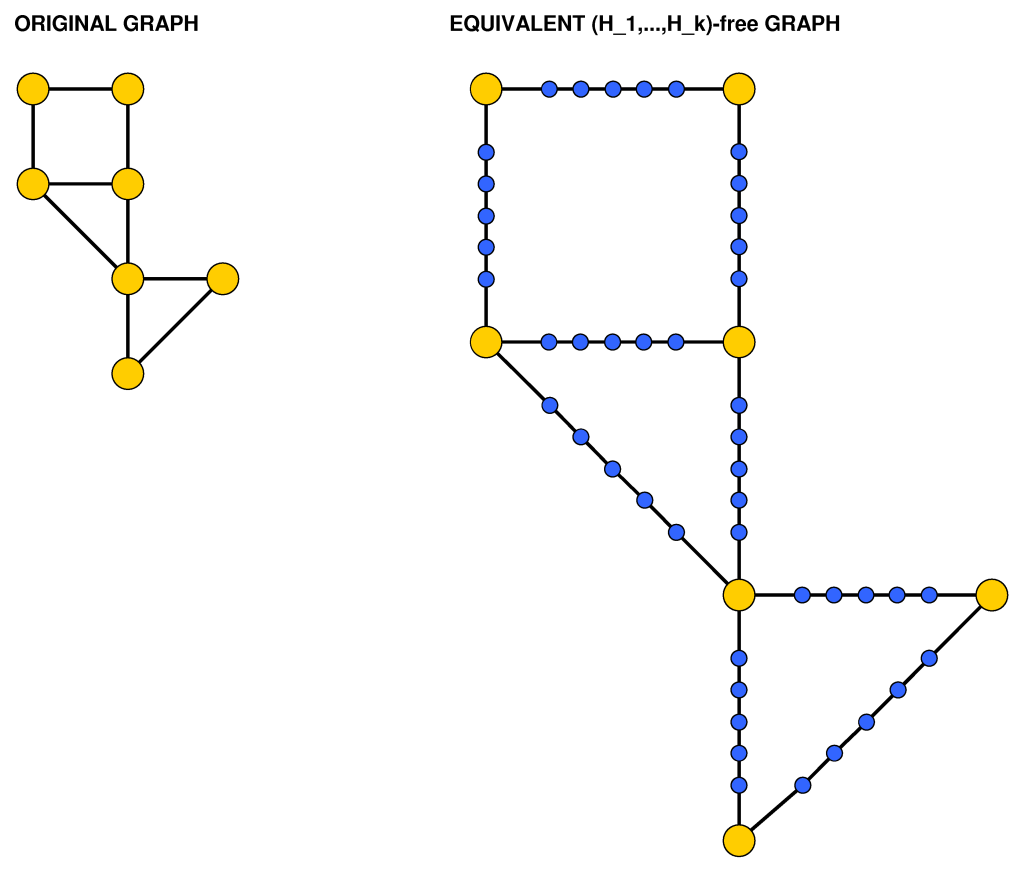 We can also extend the negative result to Hamiltonian cycle NPC problem, indeed it is an immediate corollary to the following (original?):

Theorem: for any $k \geq 3$, the Hamiltonian cycle problem remains NP-complete even if we the graph $G$ does not contain cycles of length $\leq k$.

Proof We know that the Hamiltonian cycle problem is NPC even on a planar directed graph $G$ with each node $v$ satisfying: $outdeg(v) + indeg(v) \leq 3$ (Papdimitriou and Vazirani, On Two Geometric Problems Related to the Travelling Salesman Problem). We can transform the graph $G$ to an undirectde graph $G'$ simply adding a node on the incoming edge of nodes $v$ that have $indeg(v )=1$, and to the outgoing edge of nodes $v$ that have $indeg(v)=2$. Then we can replace the nodes of $G'$ with the gadget in the figure below. It is easy to see that there are only two valid traversals (zigzags) that visit each node of the gadget exactly once (red and green paths in the figure): the gadgets cannot be traversed from top-to-bottom, otherwise the horizontal (incoming or outgoing) path would be cut out. Furthermore we can place enough nodes on the vertical/horizontal segments of the gadgets, and extend the number of its zigzags, to ensure that no cycle of length $\geq k$ is possible in the gadget or in a triangle of 3 gadgets linked together. This assures that if the resulting graph $G''$ has an Hamiltonian cycle, then the original graph $G$ has also an Hamiltonian cycle (the converse is immediate by construction of the gadget). 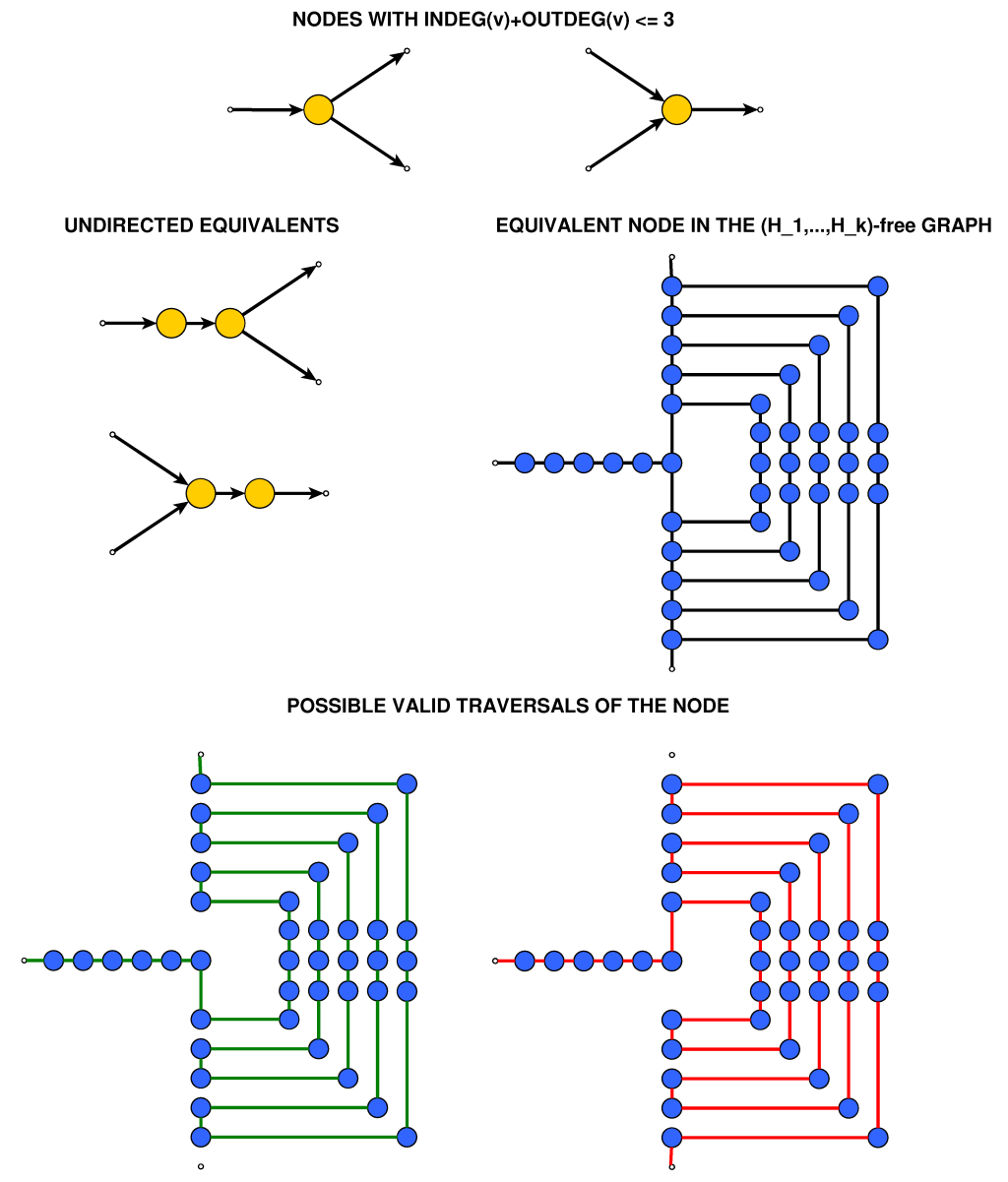 Corollary: Hamiltonian cycle and path problems remain NP-complete even if restricted to $(H_1,...,H_k)\text{-free}$ graphs, where every $H_i$ contains a cycle.

Lemma 3.2 simple max-cut is NP-complete in the following two classes of graphs:

graphs not containing cycles of length at most $k$, for every $k \ge 3$.

They are subdividing an edge twice.

From "MAX-CUT and containment relations in graphs, Marcin Kaminski"

12
Hamiltonian cycle on graphs without small cycles
3
When replacing an edge with a graph gadget preserves graph isomorphism?