Is the problem NP-C or polynomially solvable?

I wonder whether this problem is solvable in polytime or NP-complete? Thanks.

I don't bear papers behind paywalls :-), so this is a quick sketch of an alternative simple reduction from SUBSET-SUM: 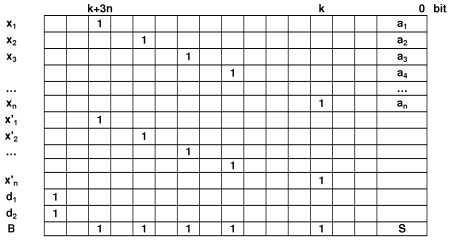 5
Combining subset sum and subset product problems
2
Complexity class of a subset problem similar to subset sum
2
Subset sum with many targets
7
Does this problem related to subset sum have a name?
0
NP completeness of linear $0-1$ assignment problem
1
Exact Cover by 3-Sets variation: Partition Into Exact Covers by 3-Sets