Complexity of a graph-rewriting problem

I recently came across the following problem which seems to fall in the context of graph rewriting problems:

Is anything about the complexity of this problem known (in particular is it NP-hard?).

I don't know if it has been studied before, but after a quick look I think it should be PSPACE complete.

We can build a reduction using the Nondeterministic Constraint Logic model of computation (NCL).

I quick idea is the following (I assume you're familiar with the NCL model): given an NCL graph $G$, you can replace red and blue directed edges with a suitable gadget (with undirected edges) that "marks" the direction of the edge.

Then build the $A_i \to B_i$ subgraphs in such a way that if $A_i$ is a subgraph of $G$ that represents an NCL node with valid incoming/outgoing edge constraints, then it can be replaced with $B_i$ which represents a valid flip of one of those edges.

The $A_i / B_i$s should be isomorphic; but this is not a problem for the OR gadget: just add 2 dum nodes "D" so that every node $u$ of the NCL, in the resulting graph has degree 5 with 3 incoming (blue) edges and 2 outgoing (red) edges.

The AND gadget is a little bit more complex, but you can use a "circle" (green edges in the figure) that forces the correct correspondence between the flip of the 2 red edges and the flip of the blue edge (on the opposite side). 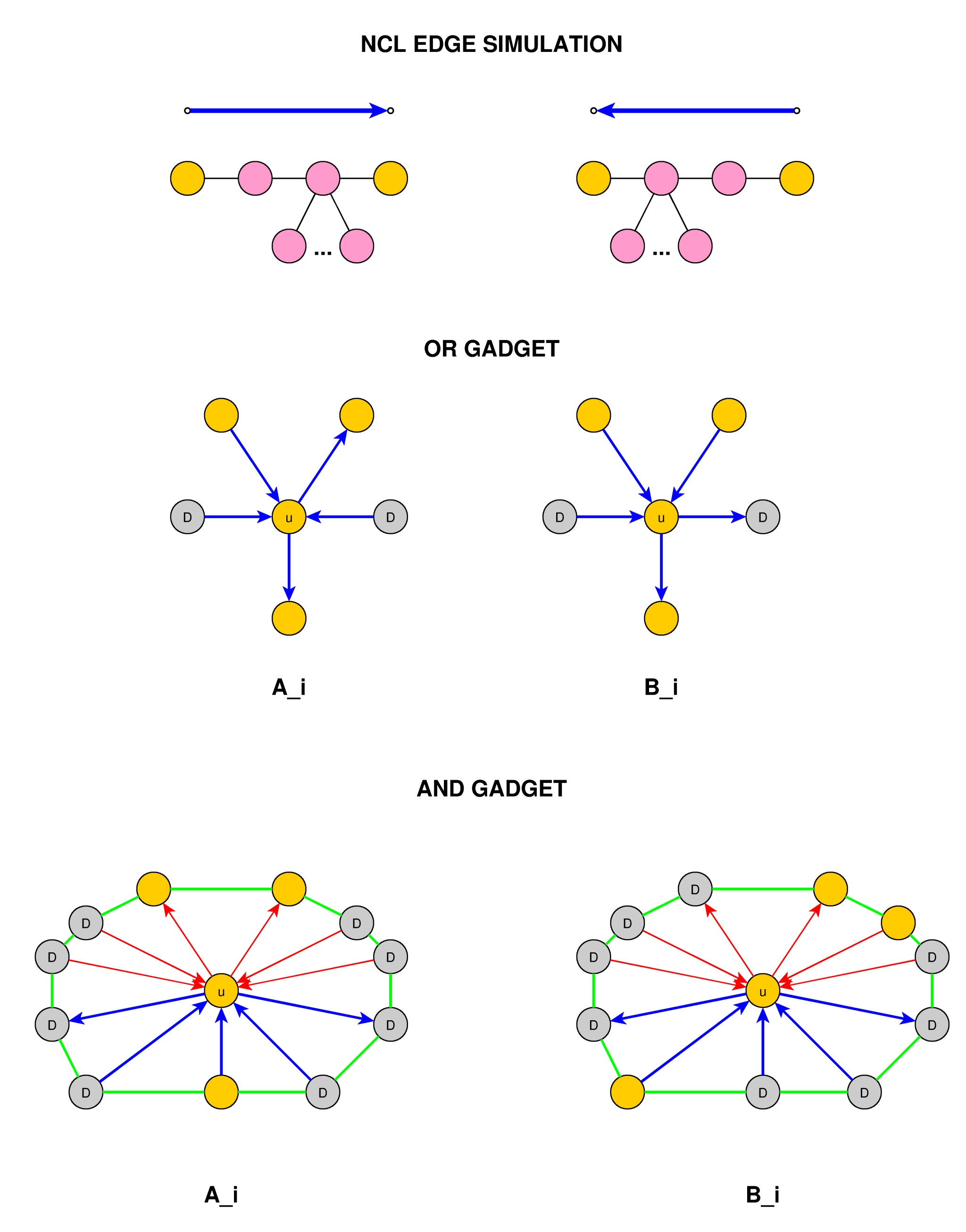 If I have enough time I'll give more details about the proof.

27
Is it possible to find if a sequence exists in polynomial time in the following problem?
3
Factoring Cartesian bitwise join of bit vectors
12
automorphism in Cai-Furer-Immerman gadgets
0
Complexity of simple undirected graph isomorphism problem
0
Is pooling-aware bin packing NP-Hard?
1
Check the match of the maximum of each subset
1
Pulling a graph across a partition
3
Complexity of unbalanced bipartite isomorphism