I am searching for an algorithm to apply to a specific graph partition problem that I am interested in. It feels like a topic that people from CS may have worked on but it is also different from standard min, max cut problems. I have searched for a suitable algorithm for several days but with no success. Maybe someone can give a suggestion or at least come up with a standard name for such problem?

The problem is as follows:

Here is an example of possible graph partition (there may be several). The numbers mean the weights: 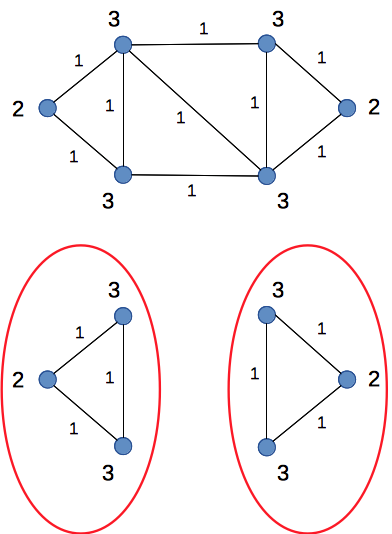 Thanks in advance for suggestions!

Browse other questions tagged cc.complexity-theory graph-theory partition-problem or ask your own question.