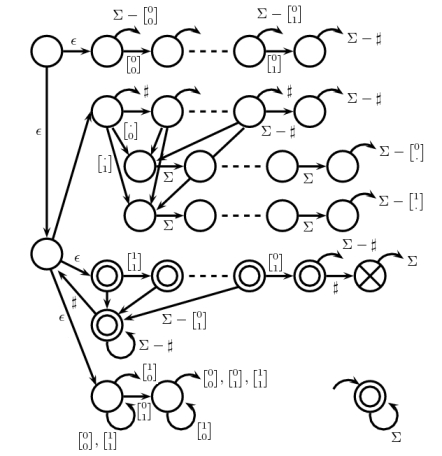 19
What is the number of languages accepted by a DFA of size $n$?
14
Büchi automata with acceptance strategy
7
A tool for minimal NFA computation
3
Automata and a kind of pumping lemma on state transition function
3
A property of suffix-free regular languages of maximal state complexity for the reverse operation
10
What class of languages is recognized by finite-state automata with $k$ heads?