We have at least the lower bound $m = \Omega(n^2 \log n)$ since an input that is correctly sorted except that each consecutive pair is swapped will take $\Theta(n^2 \log n^2)$ time for each pair to be chosen as a comparator. Is that also the upper bound, possibly with more $\log n$ factors?

Question 2: Is there a distribution of comparator gates that achieves $m = \tilde{O}(n)$, perhaps by choosing close comparators with higher probability?

Here's some empirical data for question 2, based on D.W.'s idea applied to bitonic sort. For $n$ variables, choose $j - i = 2^k$ with probability proportional to $\lg n - k$, then select $i$ uniformly at random to get a comparator $(i,j)$. This matches the distribution of comparators in bitonic sort if $n$ is a power of 2, and approximates it otherwise. 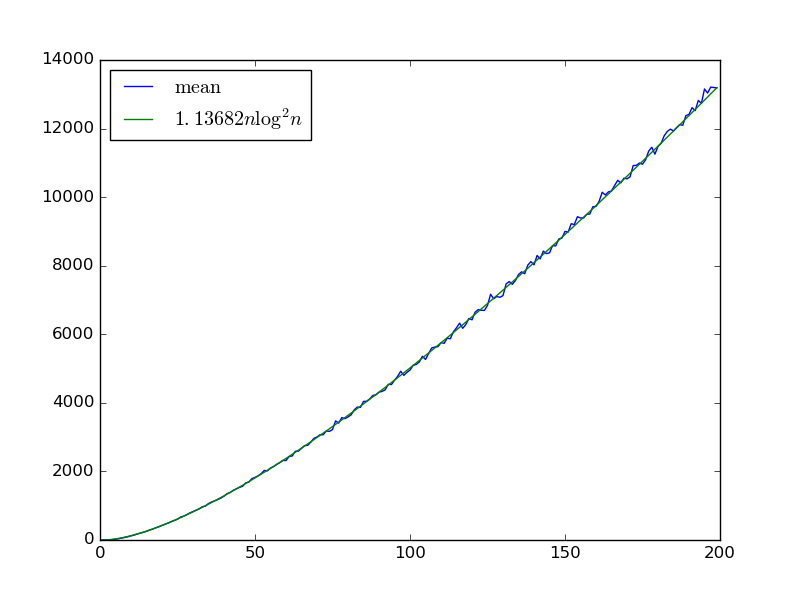 It appears to match $\Theta(n \log^2 n)$, the same complexity as bitonic sort. If so, we don't eat an extra $\log n$ factor due to the coupon collector problem of coming across each gate. 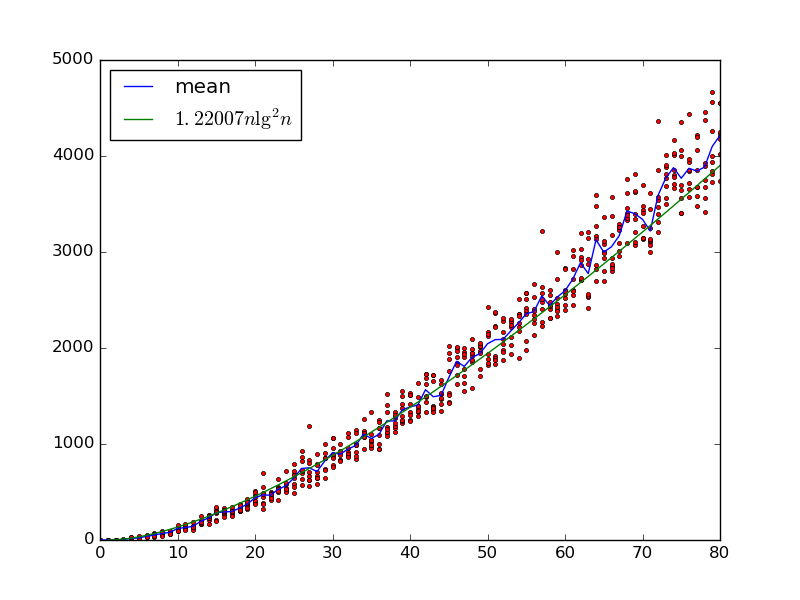 16
Is it enough to sort for polynomially many 0-1 sequences for a sorting network?

1
Selection algorithm on depth-$\text{O}(\log n)$ sorting network
40
Sorting algorithm, such that each element is compared $O(\log n)$ times, and doesn't depend on a sorting network
4
Parallel sorting: introduction and state of research
6
Would an optimal sorting network ever have to swap two numbers the "wrong" way
10
Probability of generating a desired permutation by random swaps
16
Is it enough to sort for polynomially many 0-1 sequences for a sorting network?