(Disclaimer: I suspect the answer is no, but I fail to see why) 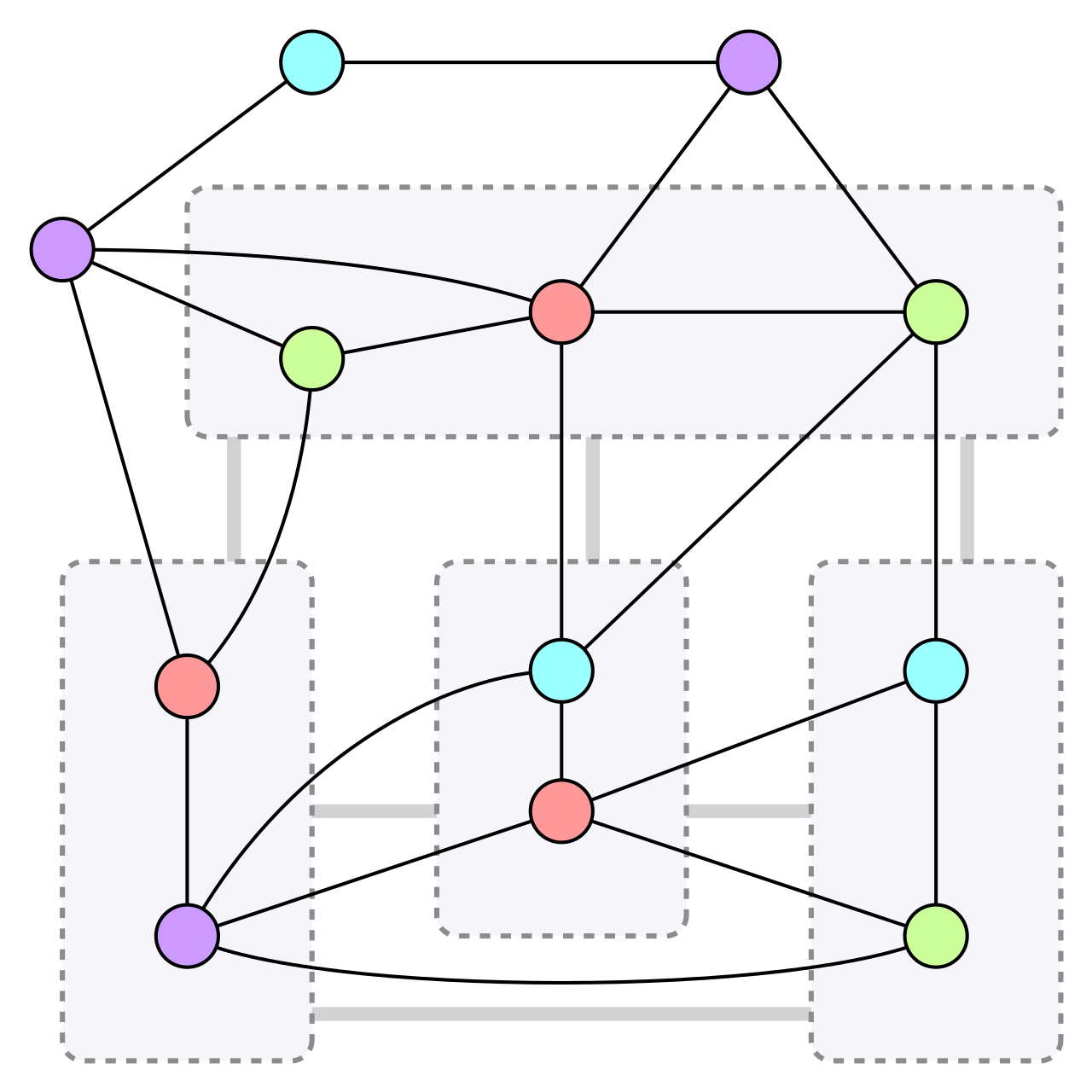 Suppose that Hadwiger's conjecture is true. Wouldn't this put 3-coloring in coNP? At least to me it seems that once someone gives you $G_1, G_2, G_3, G_4$ their connectedness and existence of 6 edges connecting the four subgraphs can be checked in time quadratic in the number of vertices of the big graph $G$.

But if indeed 3-coloring is in coNP, wouldn't that put all of NP in coNP thus making these complexity classes equal?

This seems wrong, my impression was that both Hadwiger's conjecture and $NP \neq coNP$ are widely believed, so most likely something is wrong with my reasoning above.

These two are not equivalent. Indeed, the latter statement is false. Consider for example a $K_{n,n}$. This graph contains a $K_n$ minor (take a perfect matching, this gives a collection of $n$ connected components all of which have edges to each other). However, its chromatic number is 2.

Not the answer you're looking for? Browse other questions tagged cc.complexity-theory graph-theory or ask your own question.

18
If P = BQP, does this imply that PSPACE (= IP) = AM?
13
Does coNP-complete problem have subexponential size certificate?
22
Does NP-hardness imply P-hardness?
6
Things that imply BQP Derandomization
12
Does Kannan's theorem imply that NEXPTIME^NP ⊄ P/poly?
7
The Overfull conjecture in graph theory and $coNP$
8
Does the isomorphism conjecture imply exponential lower bounds on witnesses density?
4
Hadwiger number under matching contraction