How much does treewidth changes after removal of a path?

Although the strategy of removing the shortest path between $u$ and $v$ doesn't always work. The counterexample is the following graph: 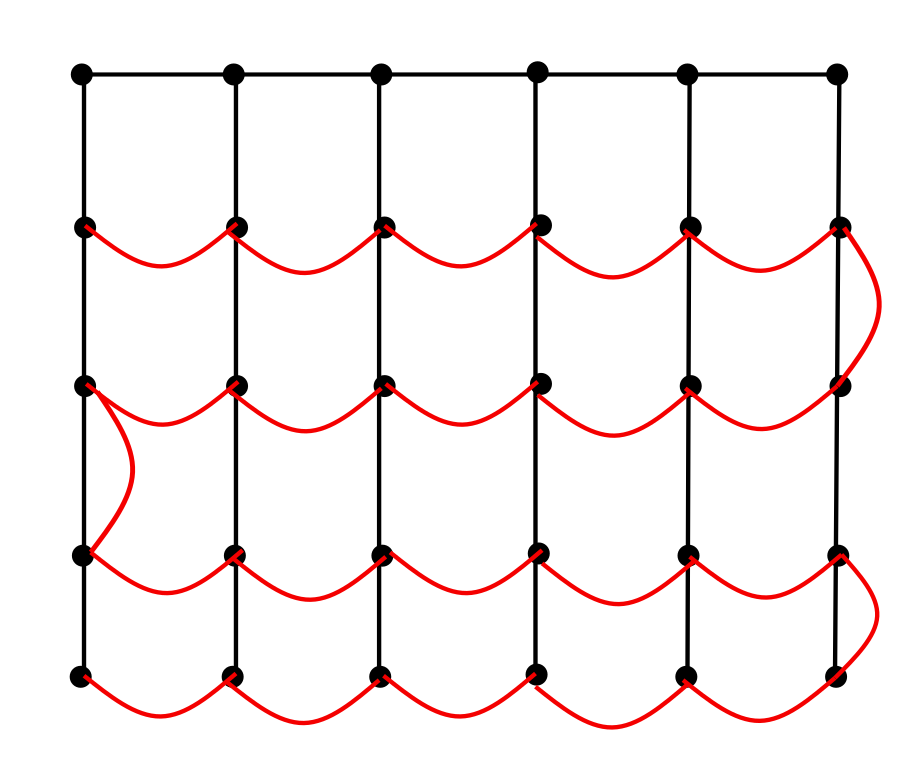 Black edges represent paths of $n^3$ edges, red edges represent single edge. That way red path is the shortest path between its ends and its removal turns the grid-like graph into a tree.

Browse other questions tagged graph-theory treewidth or ask your own question.

28
How to produce a random graph that does not have a Hamiltonian cycle?
4
Does this graph problem have a formal name?
16
Finding k shortest Paths with Eppstein's Algorithm
22
Generating a tower defense maze, aka Finding the K most vital nodes (“nodewise interdiction”) in an unweighted grid-graph
10
How many disjoint edge-cuts a DAG must have?
2
Minimum shortest path cover of $n$ vertices in $R^m$
10
“Relatives” of the shortest path problem