I am reading this recent paper by Schrijver, in particular, section 4.2: Enumerating homologies of disjoint paths.

I did not understand how do they re-route the paths through a spanning tree and obtain the walks with the mentioned properties, so I decided to work out an example. This is what I have: 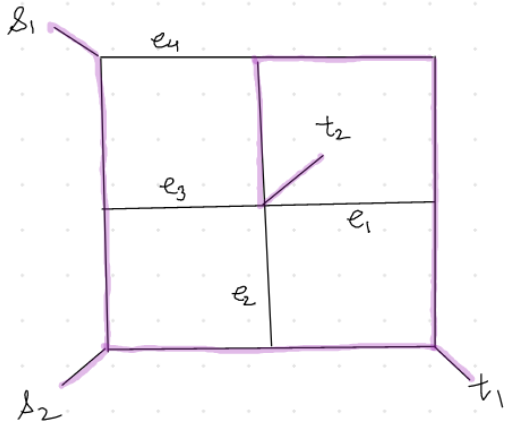 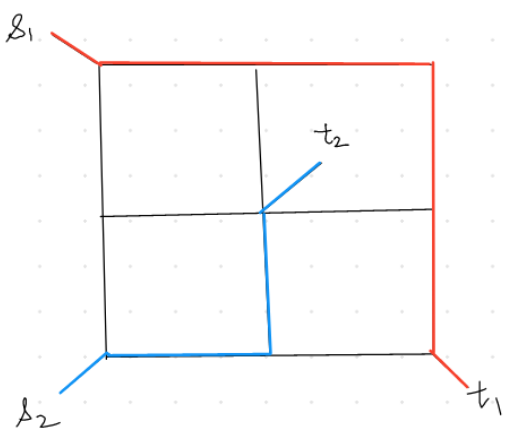 Now I have marked two disjoint paths between the terminals. And according to the algorithm next I am supposed to eliminate $e_2$ from $P_2$ and then $e_4$ from $P_1$.

But notice that the two walks now cross each other at the top-middle vertex, but the algorithm claimed that the walks obtained will be non-crossing.

Can someone please point out my mistake. Any help would be really appreciated.

Even in this 1994 paper, they described a way to enumerate homologies but this method, as it is described, seems more difficult for me to understand.

Edit: Following is the only way, I was able to find, to re-route those paths through the tree, but as far as I understand, this is not what the paper describes. 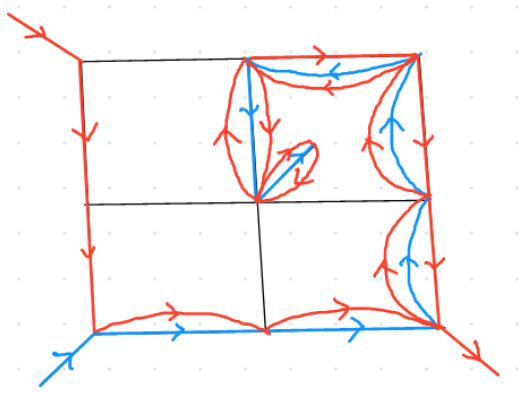 Browse other questions tagged planar-graphs algebraic-topology disjoint-paths spanning-tree or ask your own question.

2
For which values of $k$ is the $k$-disjoint paths problem in $\mathcal{P}$?
4
For which values of $k$ is minimum length undirected $k$-disjoint-paths in $\mathcal{P}$?
7
Label-disjoint paths in directed graphs
3
Mutually exclusive replacement paths, an existing problem?
1
Are there digraphs such that any two arborescences are arc-disjoint?
2
NP-completeness: sum of “some” paths in a spanning tree