Is every 4-colourful Eulerian Orientation of a planar 4-regular graph good?

Let $G$ be a simple undirected plane 4-regular graph. Basic definitions are given at the bottom of this question.
An Eulerian orientation of $G$ is good if for each vertex $v$ of $G$, the edges around $v$ in the cyclic order alternate between in-edges and out-edges. Every plane Eulerian graph admits exactly two good Eulerian orientations, namely those induced by 2-face colouring (see the figure below).

(Of course, the colour of $v$ differs from its neighours because $f$ is a vertex colouring). See the figure below for an example. 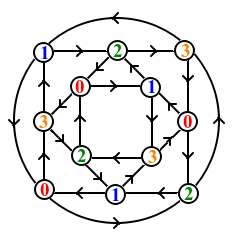 For the graph in the figures, every 4-colourful Eulerian orientation is a good orientation (e.g., the orientation in Figure 2 is same as Figure 1b); this graph has four $q$-CEOs two of which are 4-CEOs and the rest are 6-CEOs. The two 4-CEOs of this graph are good whereas the two 6-CEOs are not.

Proof attempts/approach
Proof by cases does not seem to be the way to go. I have considered a number of associated graphs such as dual graph and radial graph (the radial graph played a major role in a relaxed version of good Eulerian orientation [1]). Another associated graph I have considered is the plane Eulerian digraph $H$ whose vertex set is the set of faces of $G$ whose boundaries are not directed cycles and $(F_1,F_2)$ is an arc in $H$ if the corresponding faces $F_1$ and $F_2$ in $G$ are
as follows:

.
Unfortunately, I couldn't find any connection to these associated graphs. By the way, we know several properties of 4-regular graphs that admit a 4-CEO. For instance, if a 4-regular graph $G$ has a 4-CEO, then (i) $G$ is 3-colourable, (ii) $G$ is $(\text{diamond},K_4)$-free, and (iii) $|V(G)|$ is divisible by twelve. But, I am afraid these and other similar properties we know are not relevant to this question. 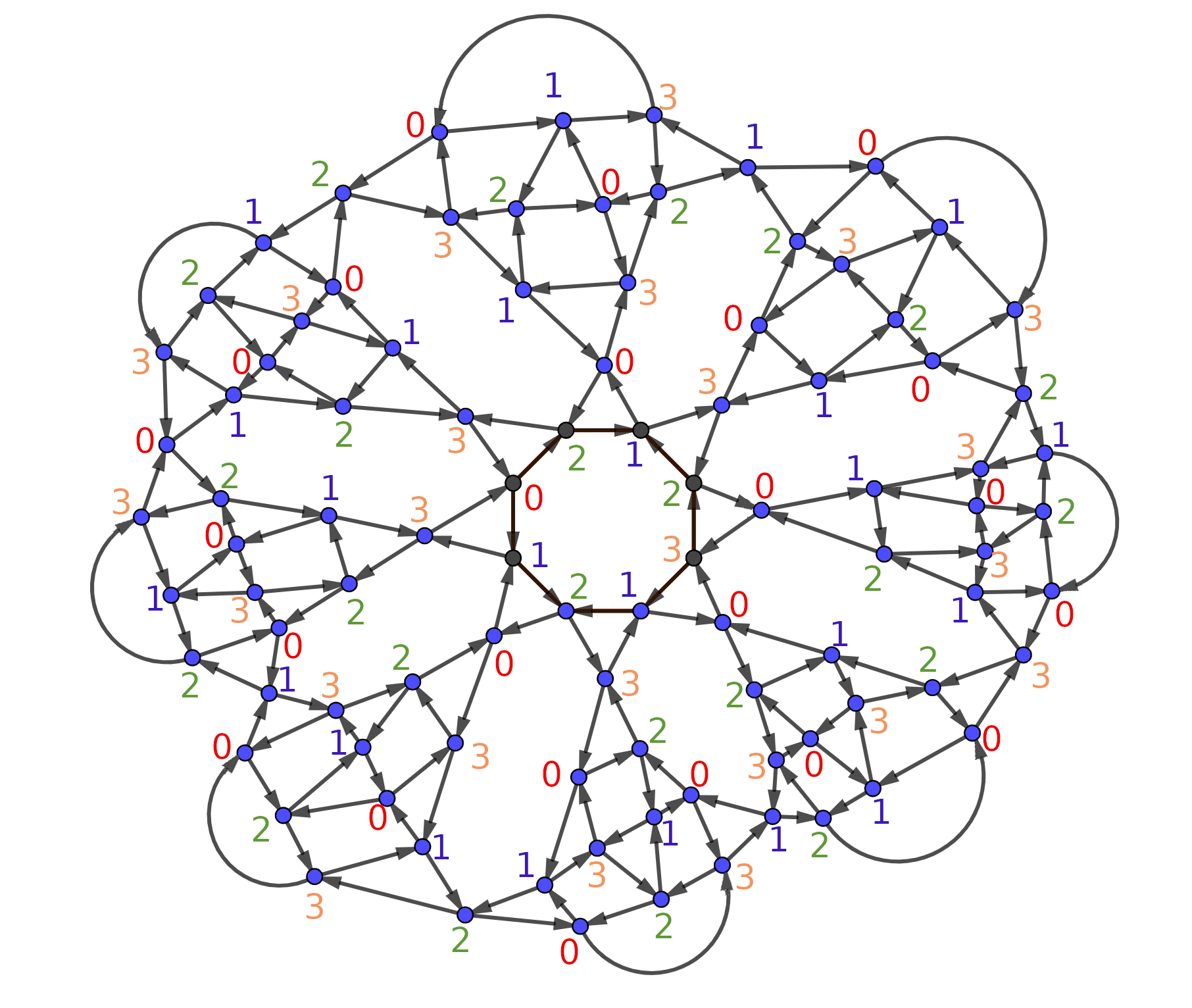 We know that 4-CEOs of claw-free plane 4-regular graphs must orient every triangle ($C_3$) and every rectangle ($C_4$) cyclically. The graph $G$ in the above figure has vertex connectivity three.

Conjecture 1 might hold for the class of plane 4-regular claw-free graphs that are 4-connected.

For the graph $G$ in the above figure, the good Eulerian orientations are also 4-CEOs. This suggests the next conjecture which is a very relaxed form of Conjecture 1 for a subclass.

Not the answer you're looking for? Browse other questions tagged graph-theory planar-graphs graph-colouring or ask your own question.