An $(n, m)$-concentrator is a graph with $n$ input vertices and $m$ output vertices, $n \ge m$, having the property that, for any set of $m$ or fewer inputs, a set of vertex-disjoint paths exists that join the given inputs in a one-to-one fashion to different outputs. If this graph is directed or acyclic, we call it a directed or acyclic $(n, m)$-concentrator, respectively.

The paper includes definitions for superconcentrators, generalizers, and non-blocking networks. One may also encounter other types of graphs, such as expanders and Ramanujan graphs in the literature.

These types of graphs are usually studied as "families of graphs." There are a number of papers (such as Pinsker [1], Valiant, Pippenger, and Gabber-Galil) which try to explicitly construct such families, while optimizing parameters like size, density, sparsity, and the like.

The problem is that while those papers are excellent for research, they don't help much pedagogically. Let's clarify: Consider a student who sees the definition of a concentrator (or any similar graph) for the first time. His best bet to understand the definition is to imagine it pictorially, or see an illustration of examples and non-examples of a concentrator.

I've been searching for such simple examples of Special Graph Families for quite a while, but didn't achieve much. So, the question is:

Could you describe simple constructions of special graph families? Illustrations are much appreciated.

Note that the simple constructions need not be optimum in any sense, but they must not be trivial either (e.g. a complete graph is a trivial example for some graph families). I don't formalize the word trivial, and leave it to your judgement. 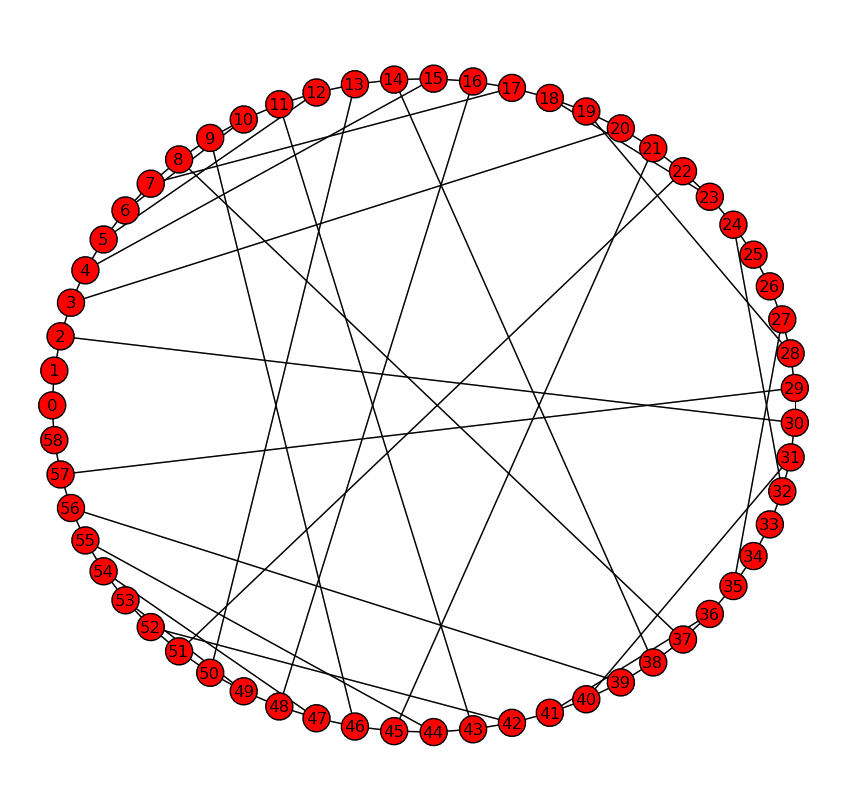 There is no known elementary proof that this a family of expanders, but the construction is very simple.

Not the answer you're looking for? Browse other questions tagged graph-theory co.combinatorics soft-question big-list expanders or ask your own question.

24
Graph families which have polynomial time algorithms for computing the chromatic number
24
Reconstruction Conjecture and Partial 2-trees
2
General definitions for mixed graphs? (degrees, connectivity, etc)
13
The complexity of the dominating set problem in specific subclasses of chordal graphs
12
NP-complete graph property that is hereditary, but not additive?
12
Existence of long induced paths in expander graphs
5
About some possible optimality properties of Ramanujan graphs
13
What are the obstructions to extending $L=SL$ to $L=NL$?