Suppose I have a set of squares. I get them in iterative way – one after another.

I would like to place the squares in some structure according to set of rules:

If the dependency is L and a new square i depends on j it can be placed:

If the dependency is R and a new square i depends on j it can be placed:

If j is totally surrounded by another squares i is placed "after" surrounding squares based on dependency flag.

The placement goal is to generate as compact a "mesh" as possible. 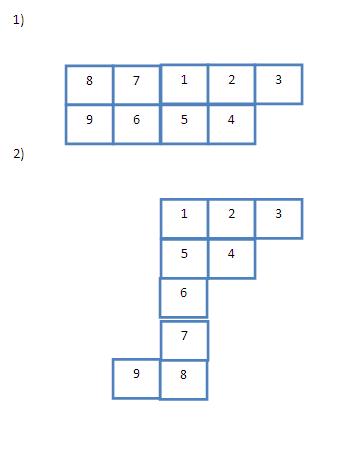 If we will pad the acquired layout with empty squares ,in such a way that we will get rectangular the number of empty squares will be minimumal in obtained layout.

Note : The rectangular obtained as a result of padding shoud be as small as possible.

I mean that if the width if layout before padding is w the generated rectangular will be by width w.(The same regarding the height) .

Demonstartion in the above examples 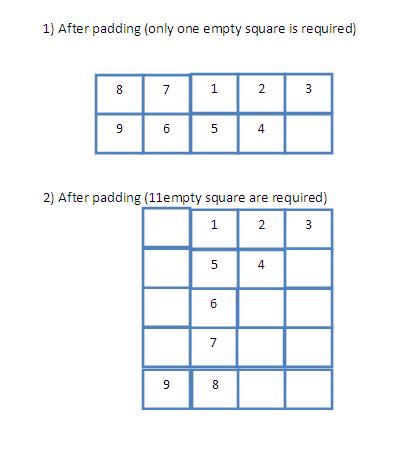 Could someone propose an algorithm to do such kind of placement?

Browse other questions tagged ds.algorithms graph-theory puzzles or ask your own question.