I have asked similar questions on stackoverflow; as i couldn't post the very same question in this part of stackexchange. However, i would still like to receive recommendations / advice from this side of stackexchange, so forgive me and correct me if this is not the right place to ask such question.

The image can be seen here! 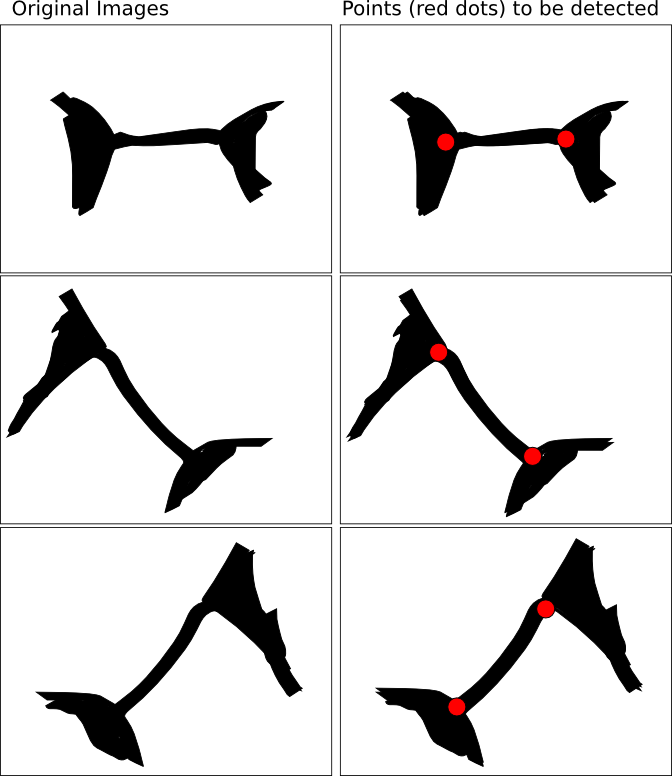 I sincerely would like to seek for your advice and recommendation to achieve such goals. I have applied some basic morphological operations; however, either im doing it wrong or those basic morpological operations aren't working in this scenario. (i have tried making it into skeletons; however, once the skeletons are formed, I can't seem to detect the cross with 3 edges).

Also, would Graph Theory be applicable in this case? If so, how do i detect the end points using Graph Theory?

It looks like the original sets of images cannot be completely generalized like what i'd previously drawn.

i have attached the latest updates to this question. Below is a more detailed representation that includes the original segmented regions and the corresponding images that'd undergone a "thinning" morphological operation. Again, the left side is the originally segmented region; while on the right would be the points to be detected. 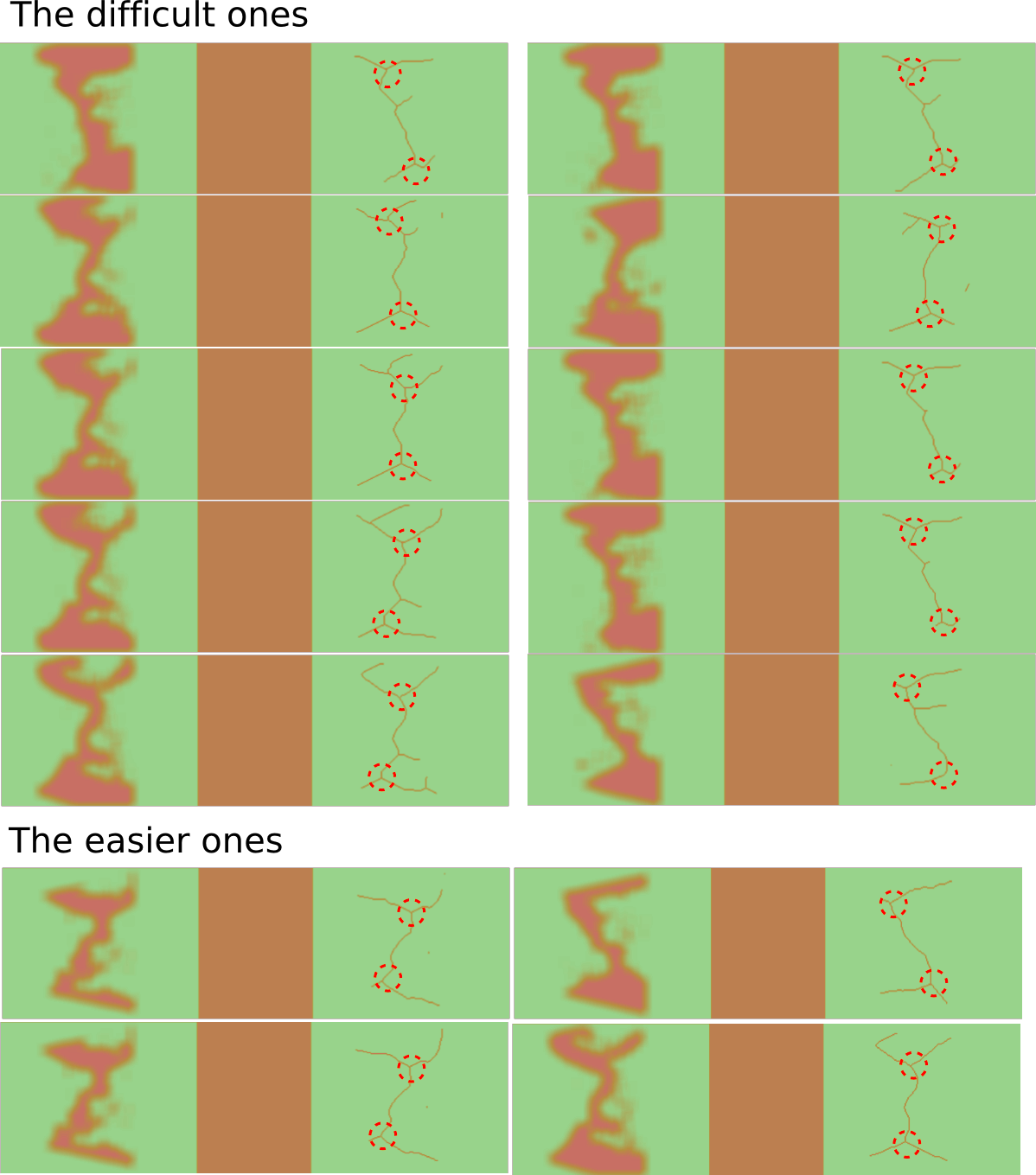 I extend my comment adding an image produced with an (old) piece of software I made to automatically fill a figure with a colored gel. 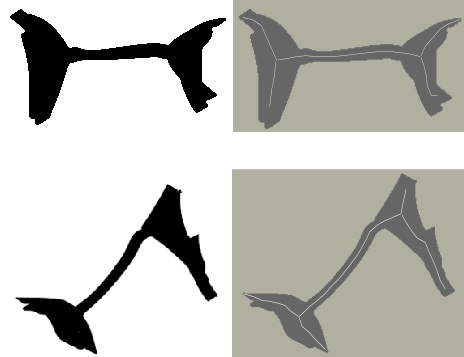 I was interested in finding the center of each zone; if you are interested in the exact length of the bridge you can use various techniques.

In order to transform the image into a graph, you must scan the 1bit bitmap produced with the thinning algorithm (the skeleton).

The algorithmm I used in my program, generates at most 3 neighbours (out of 8) for each pixel. So the graph construction can be done in this way:

Not the answer you're looking for? Browse other questions tagged cg.comp-geom application-of-theory image-processing or ask your own question.

1
Sorting array of distances by proximity to each other
10
Places where the order of points along a simple polygon passing through them is useful
2
What data structures exist for fast calculation of distances between multi-dimensional points
4
Batch membership testing for convex polyhedron specified in vertex representation
1
Is this constrained planar triangulation algorithm $O(m \log m)$?