Help on the following combinatorial problem?

Clearly, there are $2^m$ different trajectories. Let $S=\emptyset$. Suppose to take $s = 1^m$ and to let it undergo a trajectory $T_1$: for each step of the trajectory $T_1$, put the new value taken by $s$ in $S$. Then repeat the same process for another trajectory $T_2$ (always starting from $s=1^m$, and always putting every new value of $s$ in $S$). Then again, until you tried all the possible $2^m$ trajectories. At the end, the set $S$ will contain all the possible values that $s$ may ever assume given the vectors in input.

The following figure is an example with $m=17$: 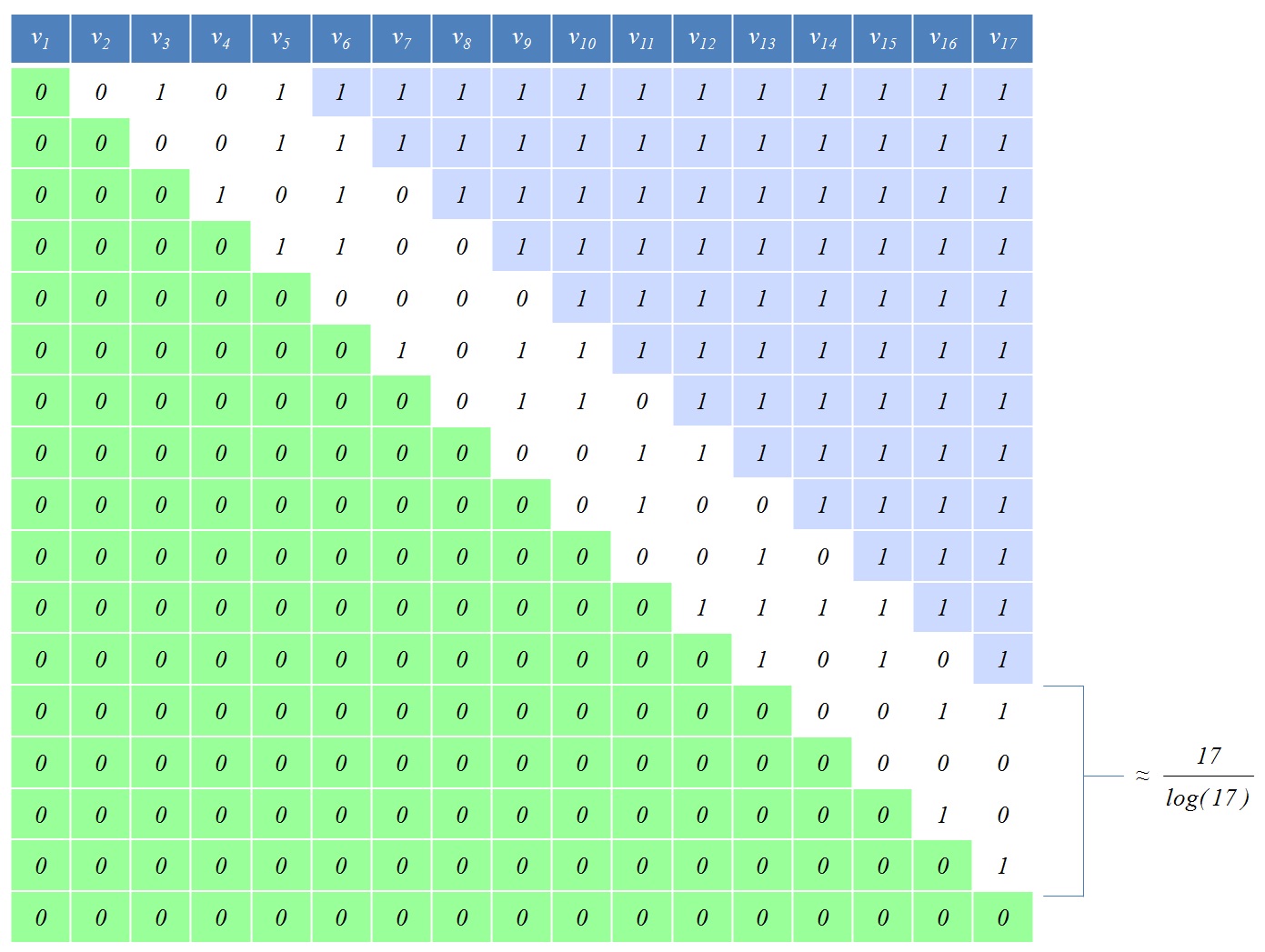 I'm collecting experimental data in order to try to figure out which is the relationship between $m$ and $|S|$. So far, experiments seems to suggest that $|S|$ grows faster than $m^3$ and slower than $m^4$. However, for the moment those data have not much significance: I was only able to make tests up to $m = 90$, so there may be a big hidden constant or some other factor that lets an exponential law look like a polynomial law for small $m$. I need help in figuring out the asymptotic behaviour of $|S|$ with respect to $m$.

Not the answer you're looking for? Browse other questions tagged co.combinatorics or ask your own question.

52
A combinatorial version for the polynomial Hirsch conjecture
11
A simple(?) funny combinatorial problem!
18
What is the best approximation for majority vote?
14
Why can machine learning not recognize prime numbers?
7
Combinatorial discrepancy of the system of all cuts
14
VC dimension of polynomials over tropical semirings?
3
How hard is this combinatorial optimisation problem?