Is there a nice gadget that will, given a graph G, replace all of the crossings with some planar gadget so that you have a planar graph G' such that

(I'll be happy with variants- like Ham path or directed Ham Cycle or Directed Ham Path.)

No. At least, no "nice" gadget for one crossover. 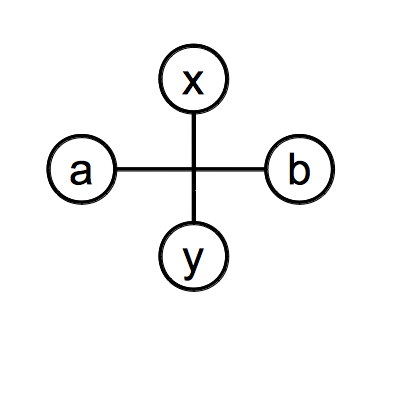 If our gadget has two (or more) vertices for each of $a, b, x, y$ adjacent to all the same neighbors (so that $a_0$ and $a_1$ retain $a$'s neighbors) then $G'$ will not necessarily still be planar. In order to satisfy the first of our cases above, we then cannot have any new vertices in the gadget. 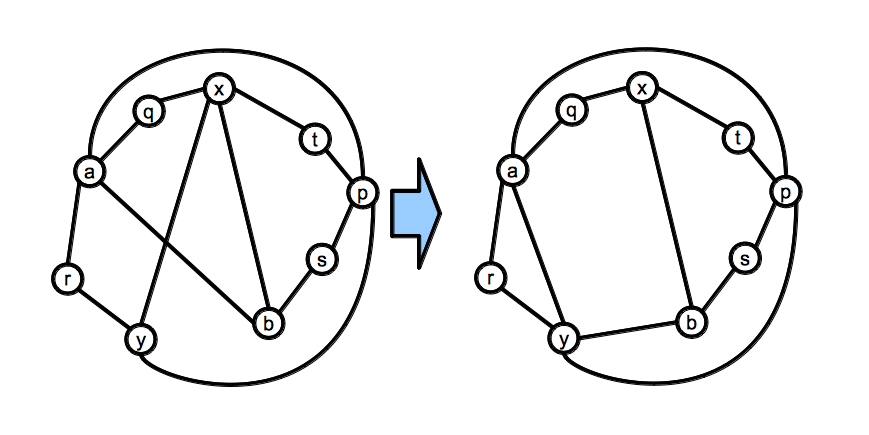 Note that if $(b, y)$ was the edge not added instead of $(a, x)$, then $G'$ would not have a hamiltonian cycle. It seems that you'd have to have knowledge of the possible cycle to choose the edge correctly, though.

Thus, no "nice" gadget exists. It could be that a gadget exists that pays more attention to the neighbors of each of $a, b, x$ and $y$, but that doesn't seem very "nice".

(Note: please let me know if I made any errors above!)

Not the answer you're looking for? Browse other questions tagged cc.complexity-theory np-hardness planar-graphs hamiltonian-paths or ask your own question.